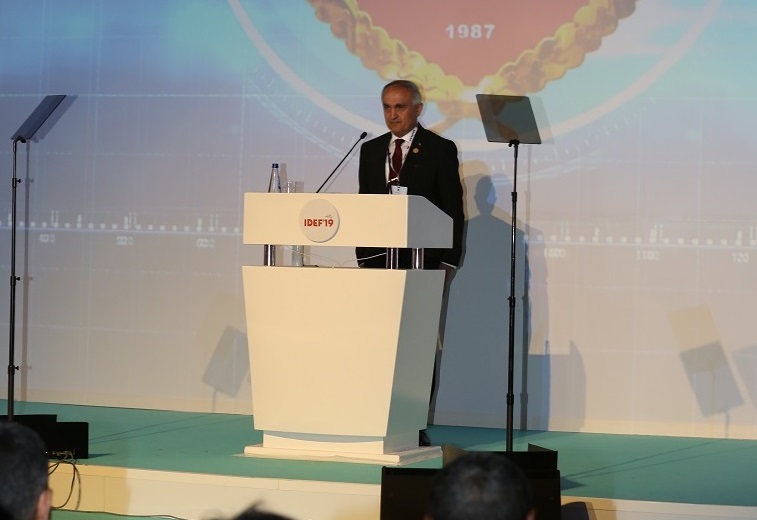 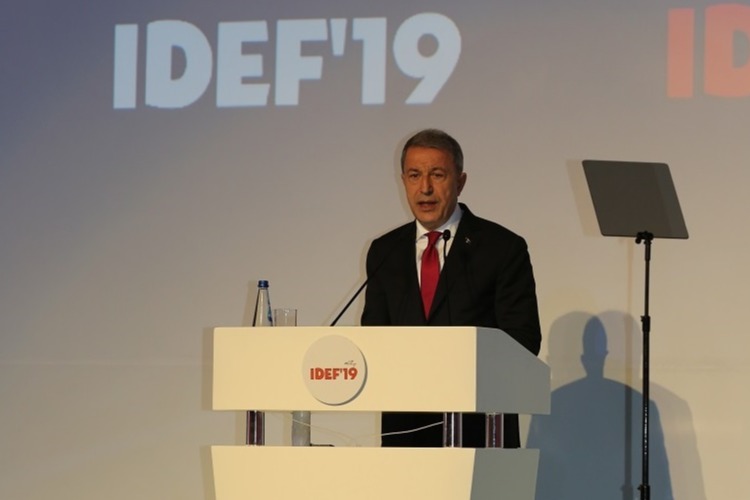 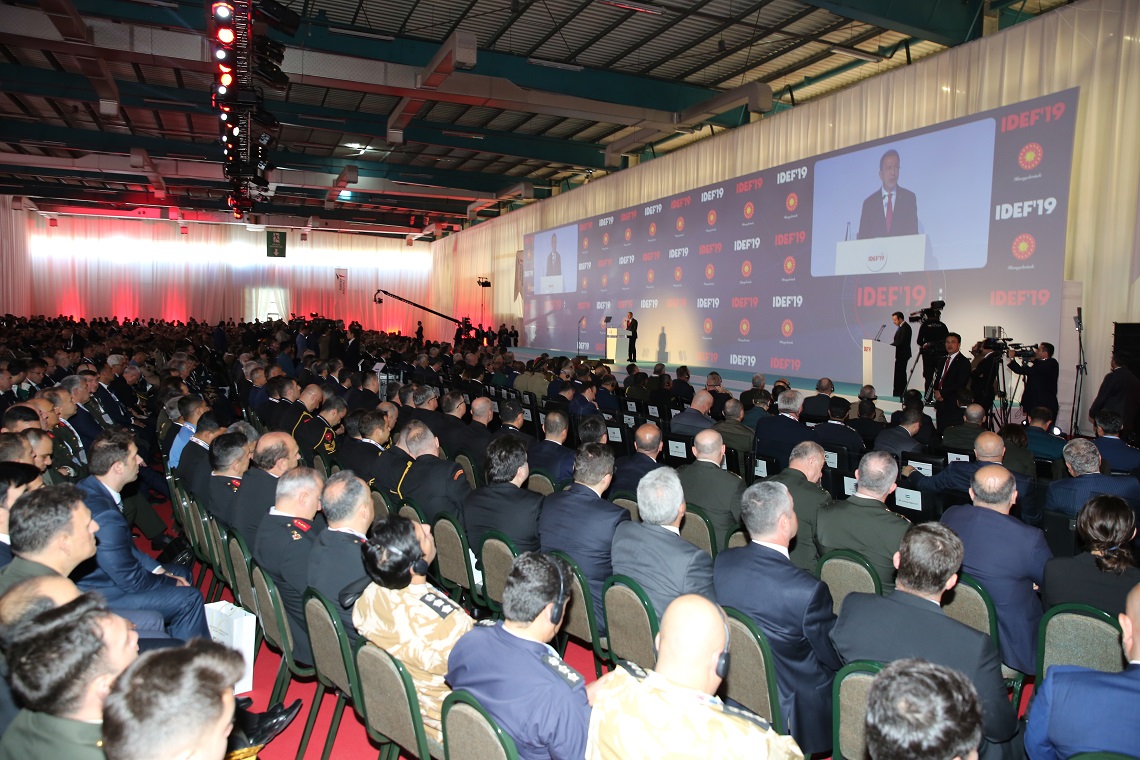 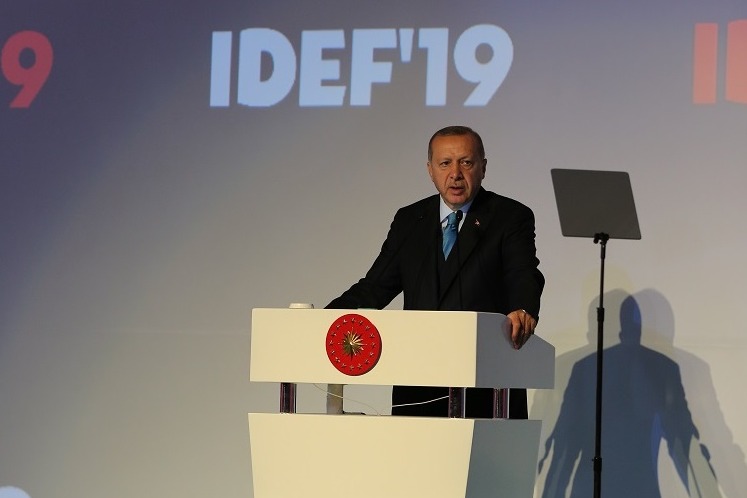 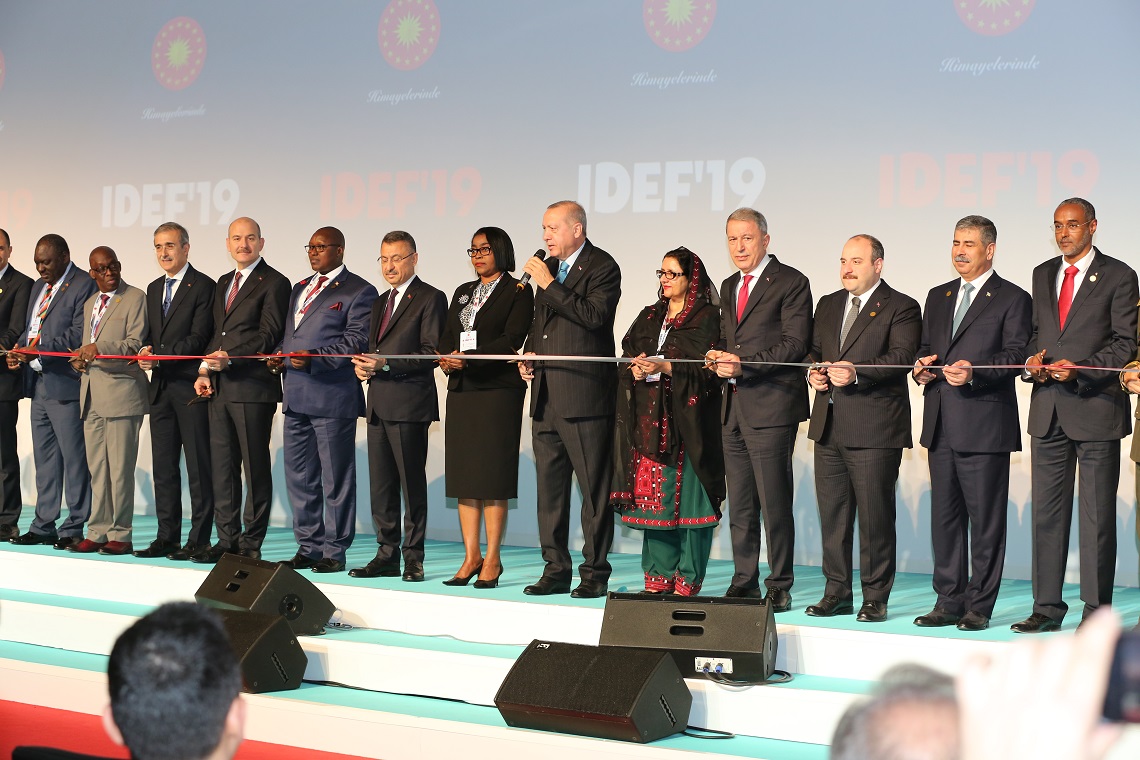 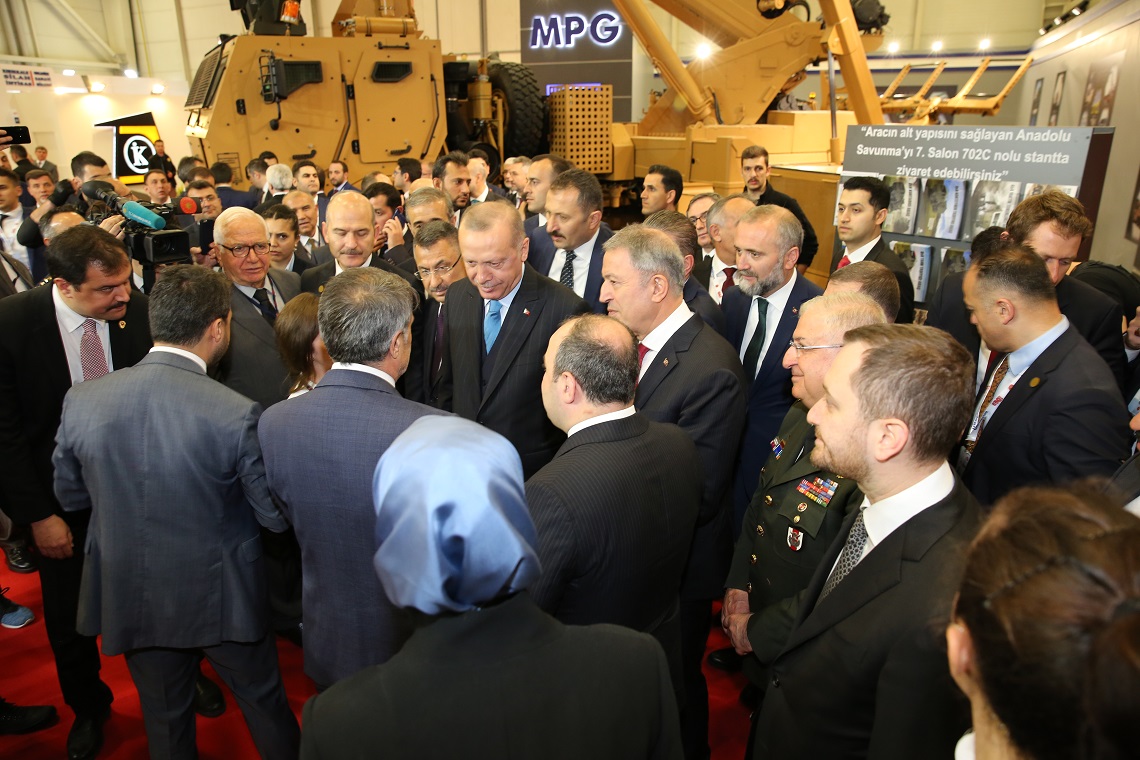 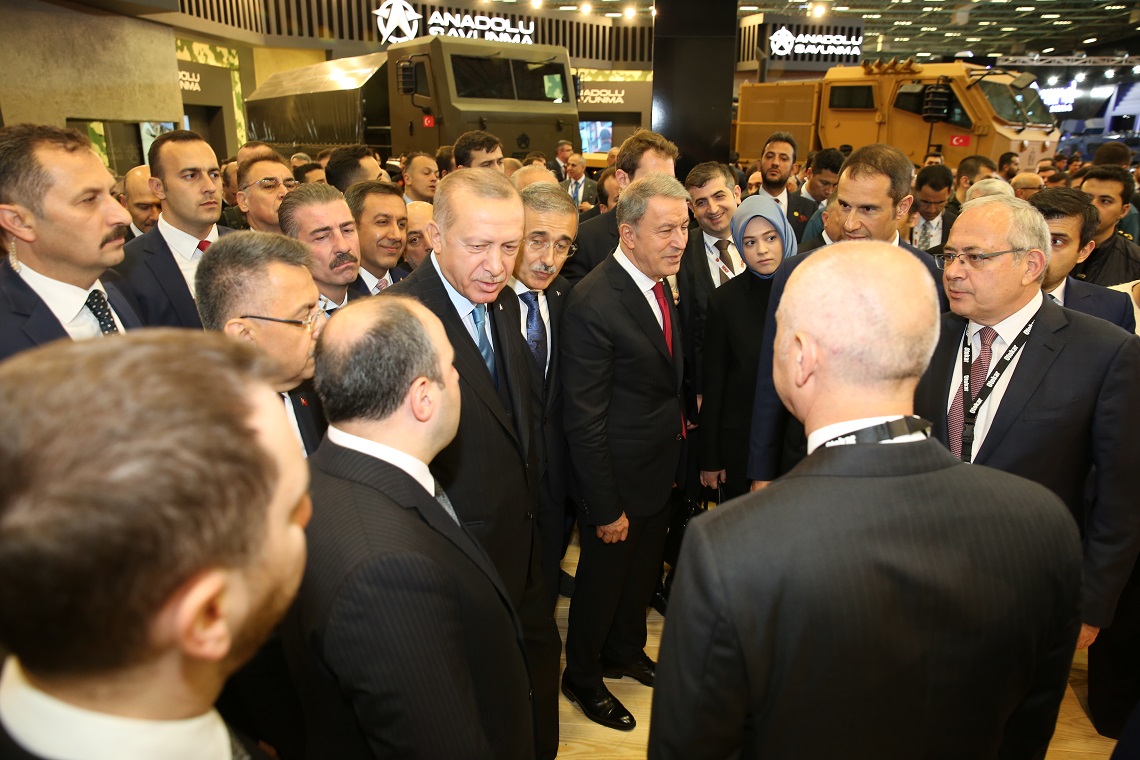 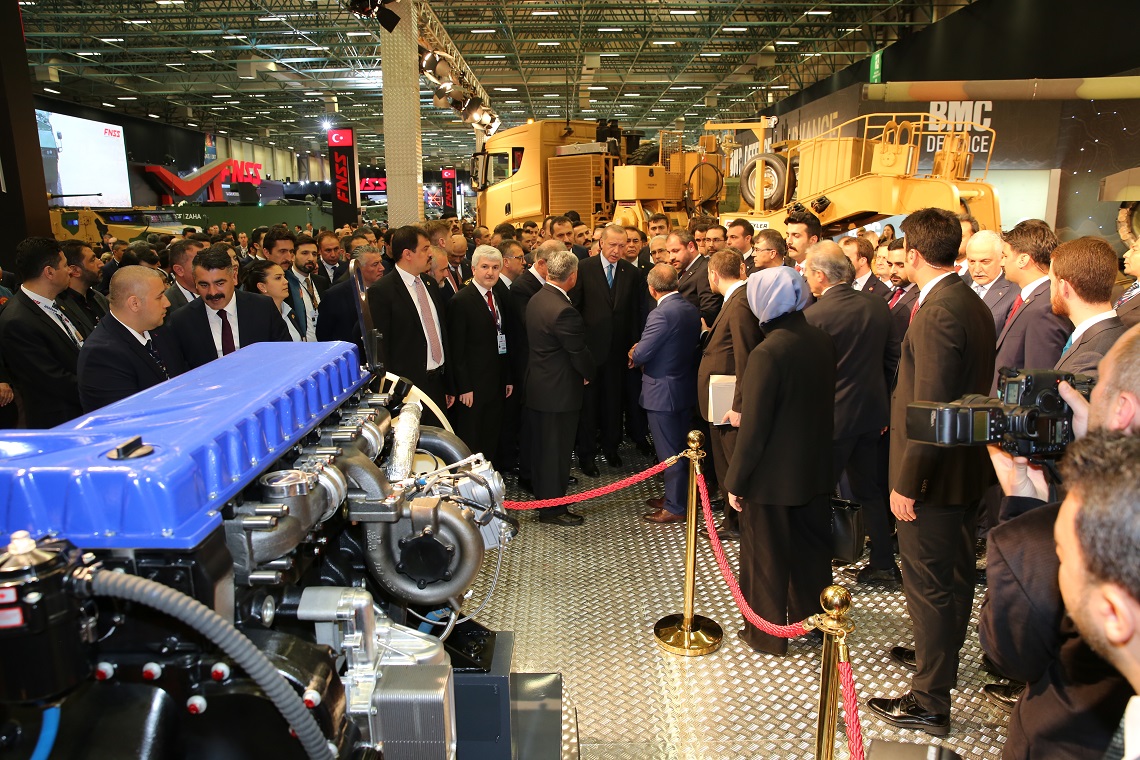 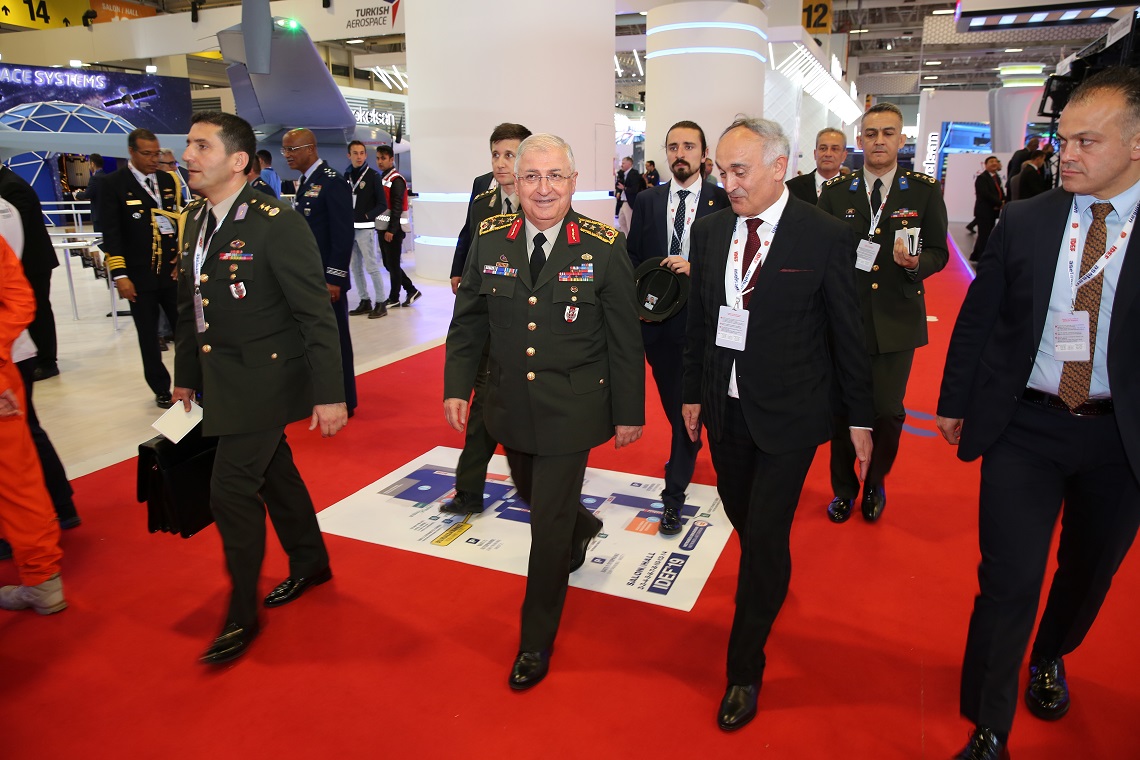 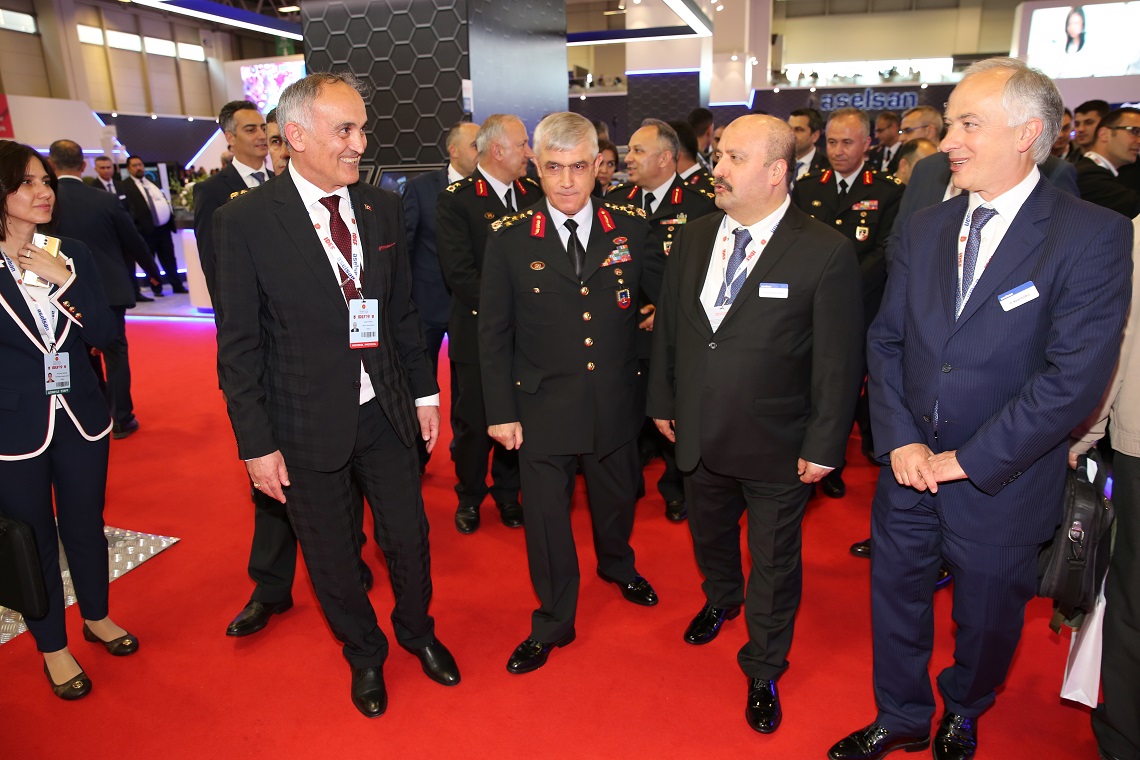 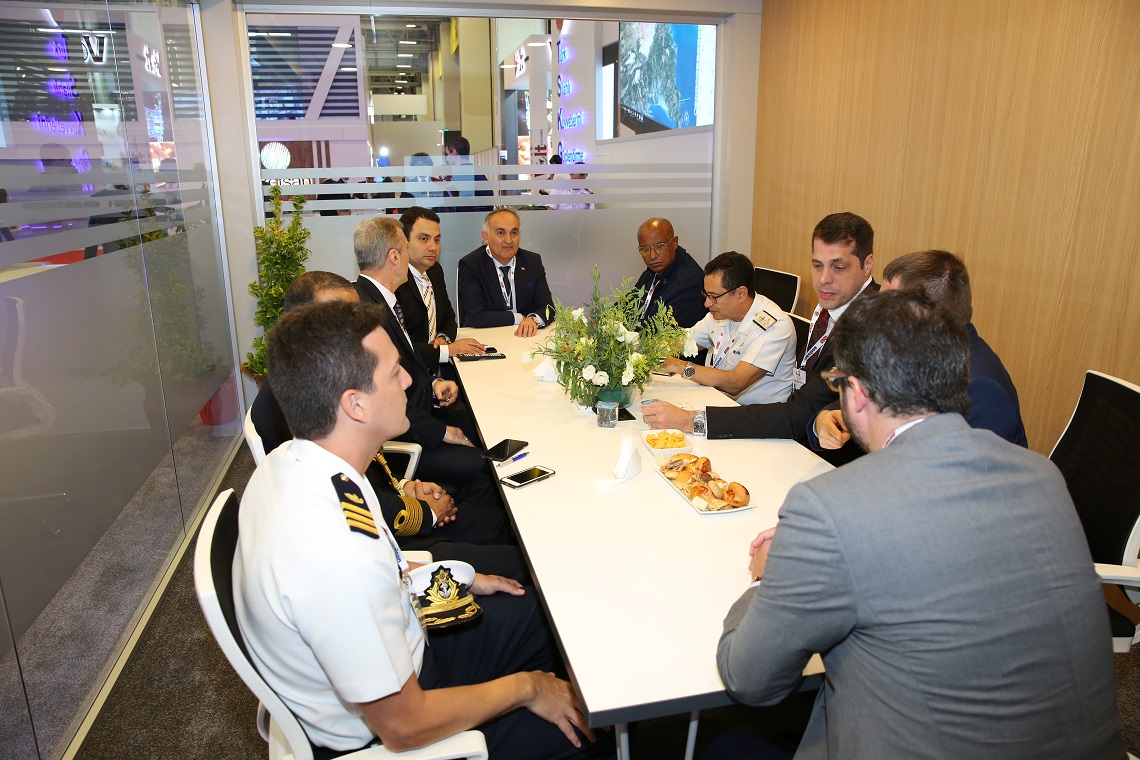 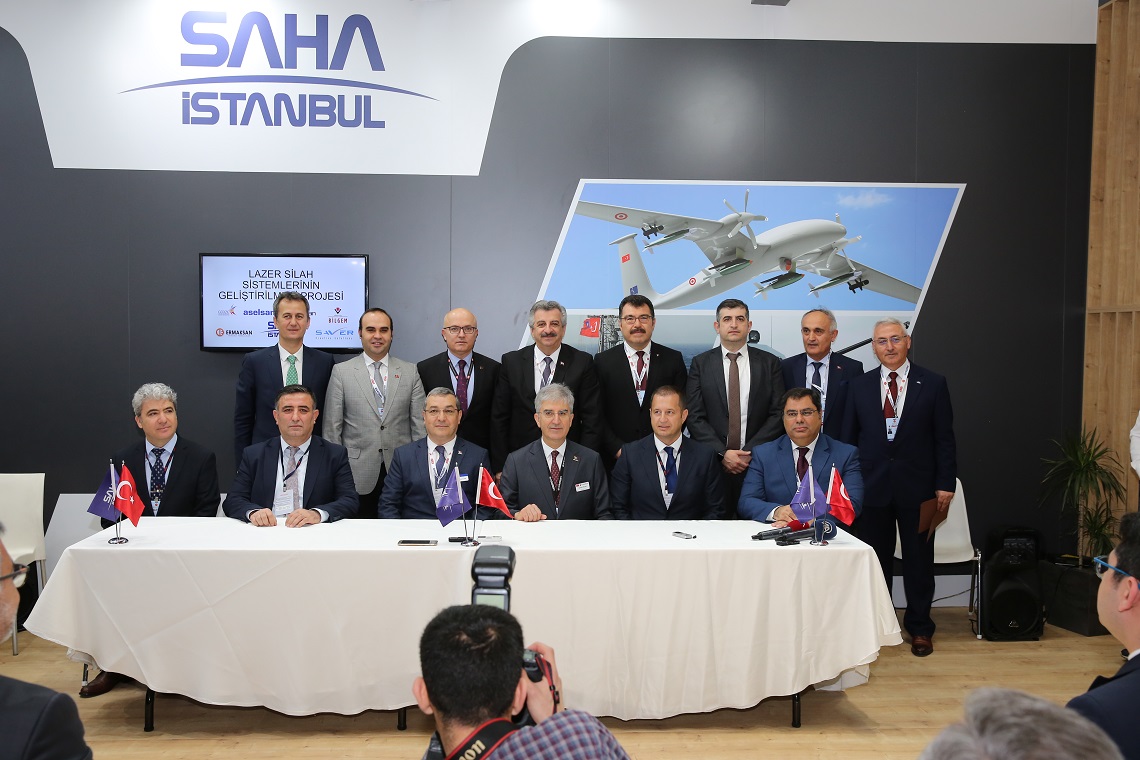 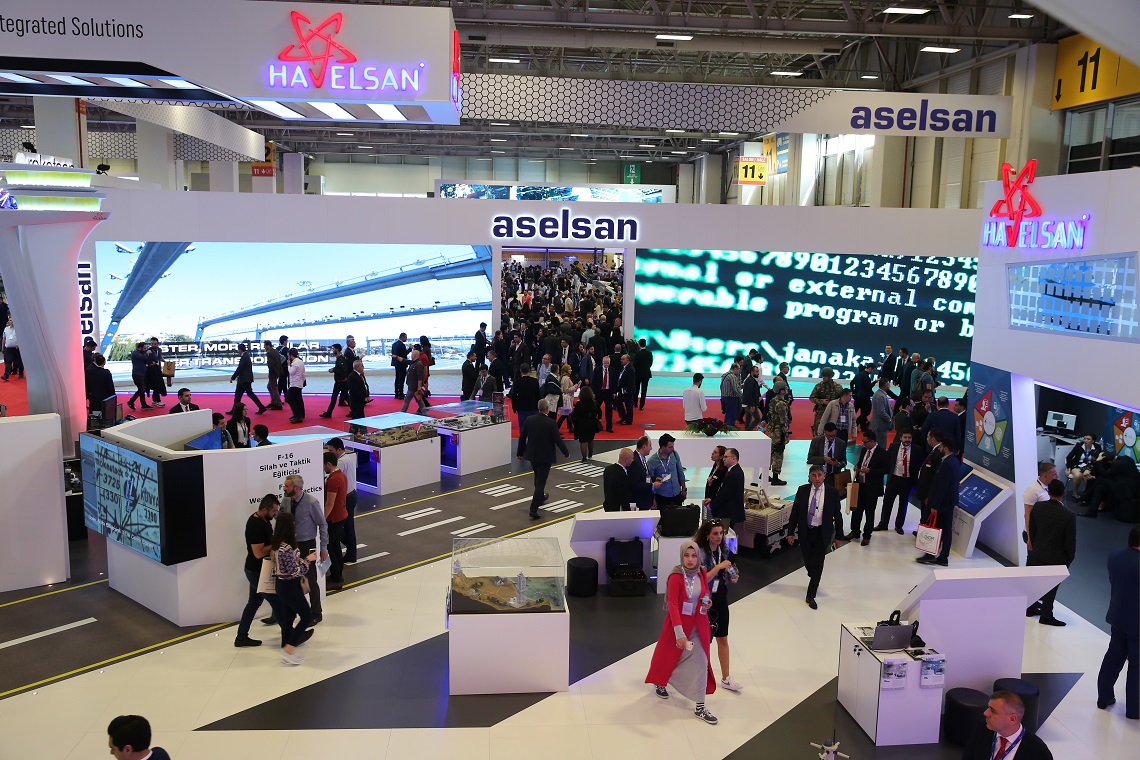 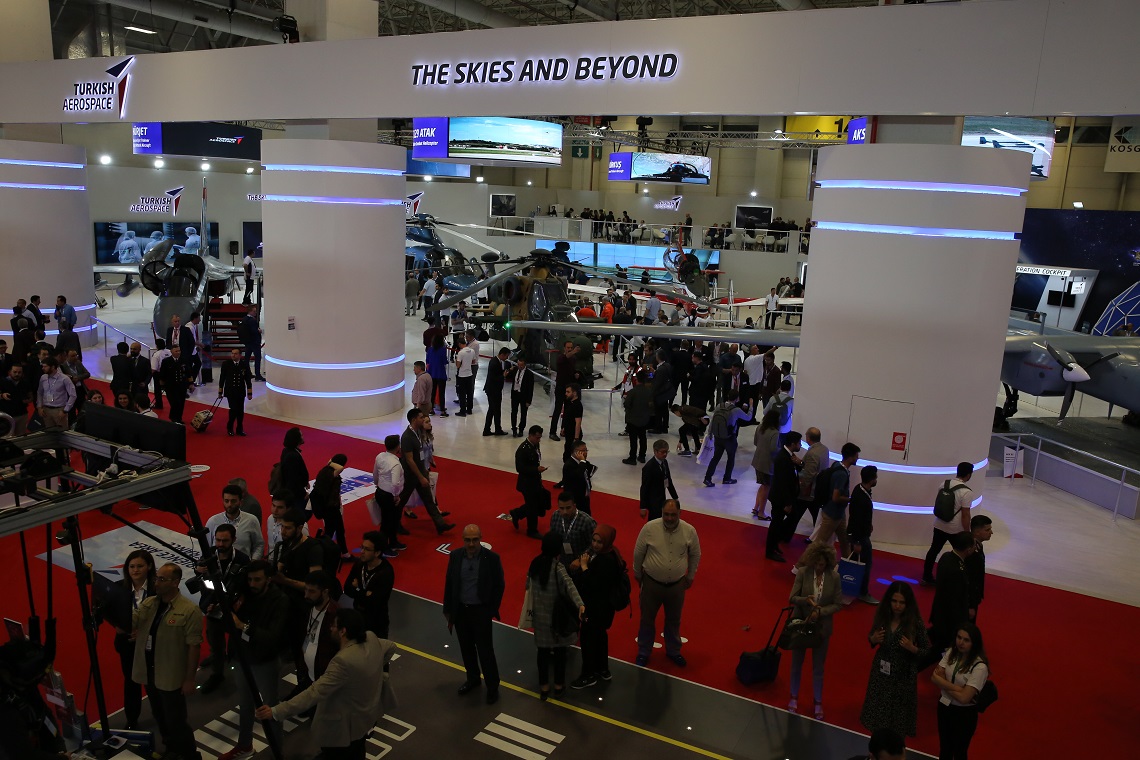 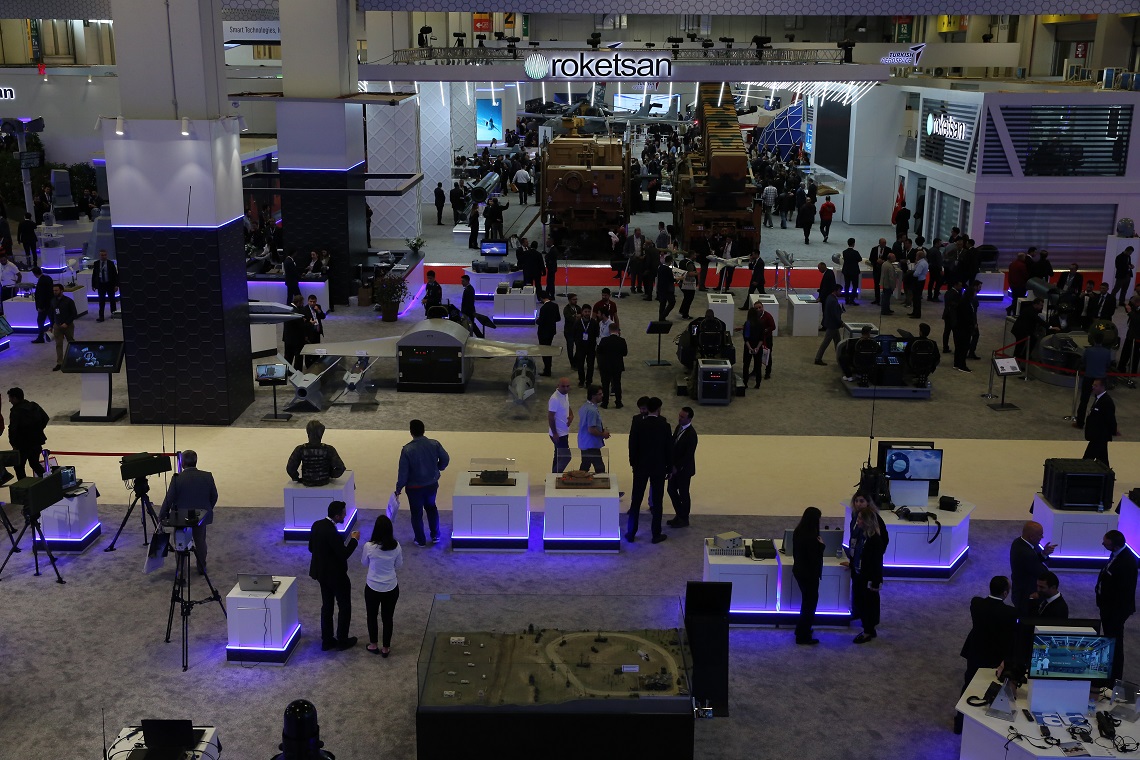 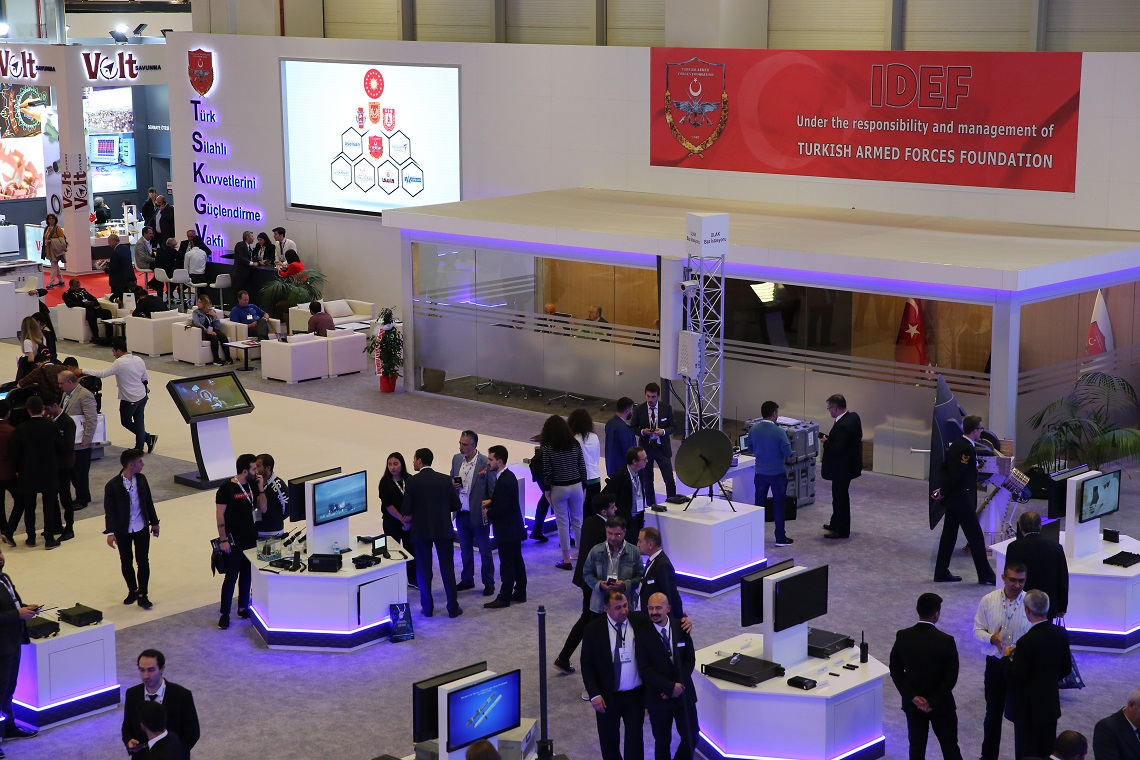 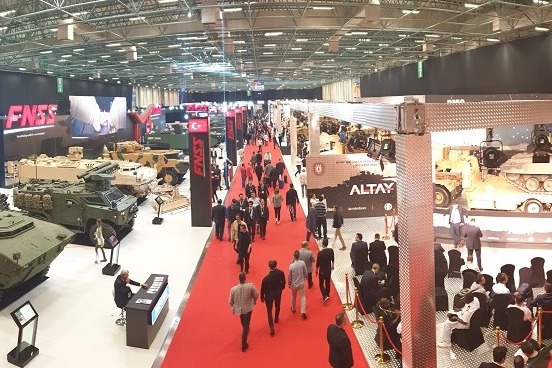 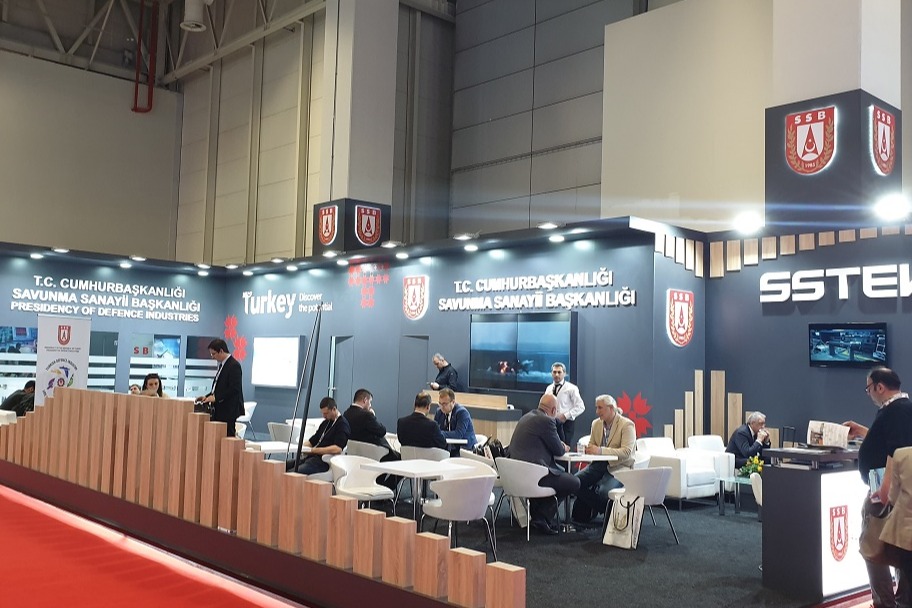 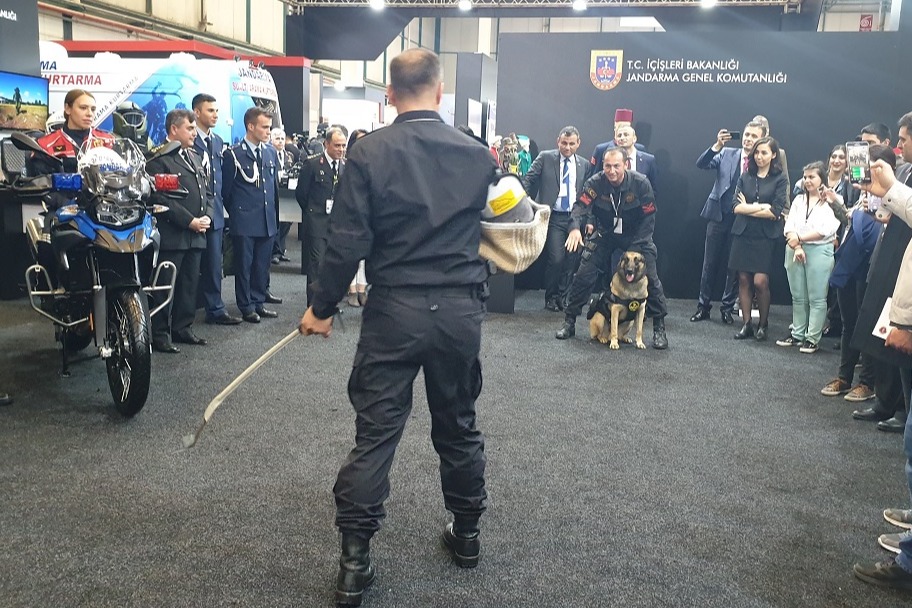 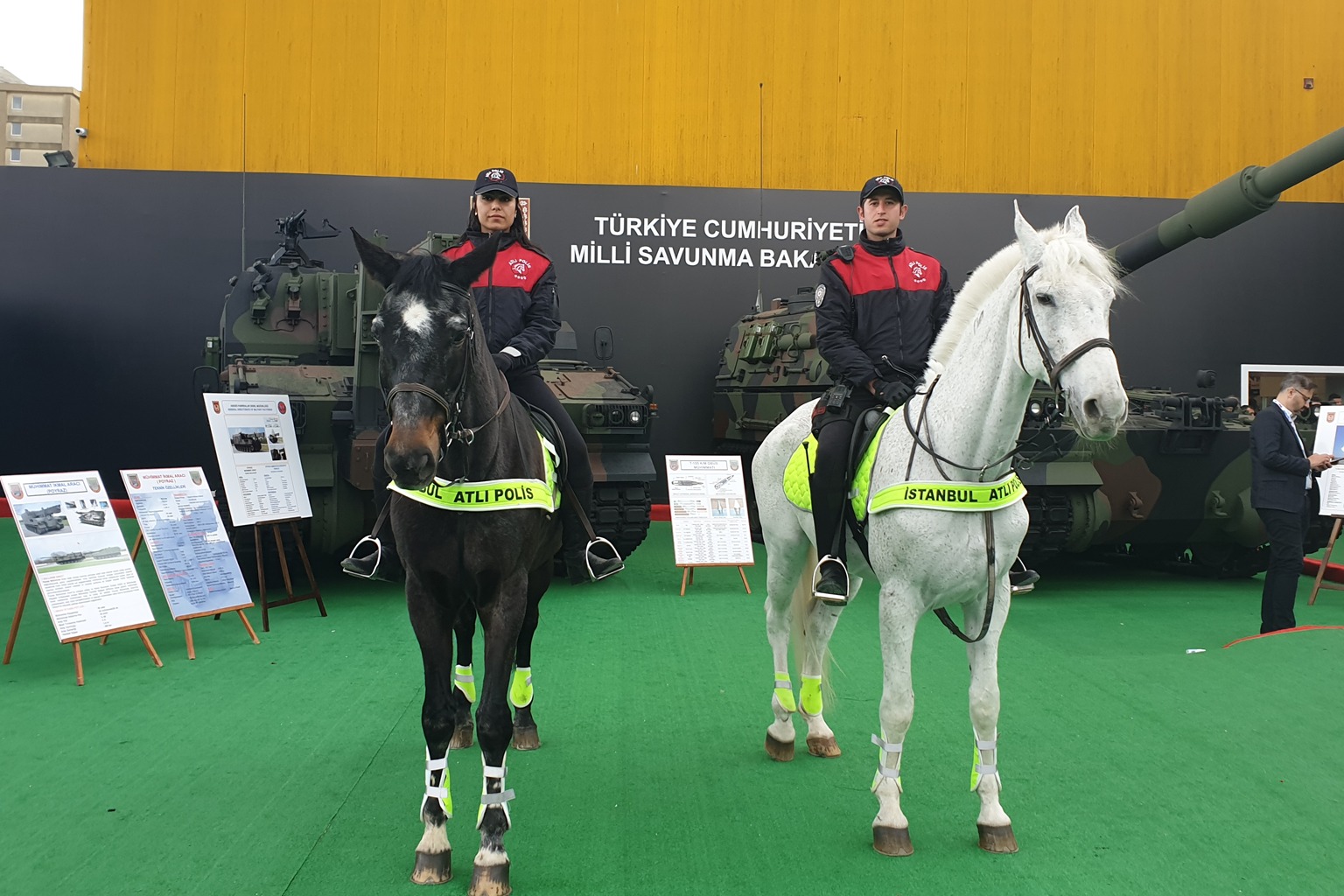 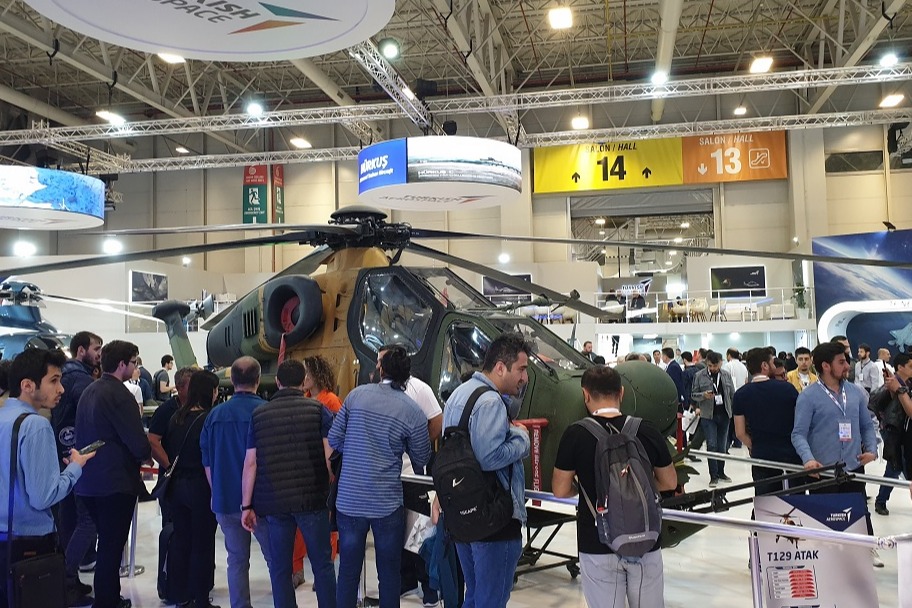 14 IDEF Fairs has been organized successfully by TAFF since 1993. Starting with the purpose of introducing national defence industry to the world, IDEF became an important international marketing and cooperation platform of defence, security, naval, aviation and aerospace industry in a short time and is now among the five biggest defence industry fairs of the world regarding the number of exhibitors participating in the fair. IDEF ranks first regarding the bilateral meetings.

IDEF 2019 14th International Defence Industry Fair which is a significant opportunity for exhibiting high-tech products and developing cooperation between the national and international exhibitors, held;

“Under the auspices of the Presidency of the Republic of Turkey”,

“Under the management and responsibility of Turkish Armed Forces Foundation General Directorate”,

151 delegations consisting of 588 members from 71 countries and 3 international organizations participated in IDEF 2019. Among the delegation members responsible for defence procurement of their countries, there are;

1.061 companies / representatives of which 481 national and 580 international from 53 countries exhibited in IDEF 2019, which provides opportunity not only to the large-scale defence industry companies, but also to the small and medium size enterprises for promoting their potentials and capabilities to procurement authorities of Turkey and the world.

Arms and materials in the inventory of Turkish Armed Forces and Gendarmerie, Police and Coast Guard was exhibited on the booths opened by the dependent departments of Ministry of National Defence and Ministry of Interior. 7 navy components from Turkish Naval Forces Command and Coast Guard Command was opened for visits in West Marina.

100 signing ceremonies and 9 introductory meeting were held during the Fair.

On the 2nd , 3rd, 4th days of the fair, business opportunities development was provided for the officials of the Procurement/Purchasing/R&D departments of the big companies and small manufacturers by gathering them at the Suppliers Zone.

On the 2nd , 3rd  and 4th days of the fair, 4 panels and 8 presentations on various subjects were organized.

Career Day activities were organized on the 4th day of the fair in order to provide contact between the university students and qualified labor force and the Human Resources personnel of the participant companies.

The exhibition was visited by 76.010 professional of which 71.082 national and 4.928 international from 96 countries, consisting of the personnel of Ministry of National Defence, Ministry of Interior and other institutions and organizations, defence industry and security company employees, war veterans and the relatives of war veteran’s and martyr’s and university students.

IDEF 2021  will be held in TÜYAP Fair and Congress Center in İstanbul between 25-28 May 2021. Please visit  www.idef.com.tr/en/ for more information..